Steve Jobs: Making a dent in the universe 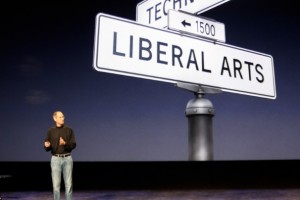 I was in the third hour of a three-hour meeting on the afternoon of October 5, 2011, and I was feeling a bit punchy. The day before was an all-out sprint to cover Apple’s press conference and its fallout, along with plenty of technical snafus. So I was tired, the room was warm, and my mind was drifting.

Fatigue and stuffiness led to an inappropriately Deep Thought. And so I was struck by the fact that all of us has a bond that is unstated, obvious, and yet incredibly relevant: We’re all alive right now. We’re the people who lived through the end of the 20th Century and the beginning of the 21st. Not just the people in the conference room, but every single one of us. Despite all our differences, we share one huge bond: we are the people who are alive right now, right this very moment. We weren’t in the past, and we won’t be at some indeterminate point in the future, but right now we are all living in the world.
I walked back upstairs after the meeting and almost immediately got the news that Steve Jobs was gone from that world.
When I got back here in 1997, I was looking for more room, and I found an archive of old Macs and other stuff. I said, ‘Get it away!’ and I shipped all that s—- off to Stanford. If you look backward in this business, you’ll be crushed. You have to look forward.
—Steve Jobs, 2009
I didn’t know Steve Jobs. Most of us didn’t. I interacted with him a few times, asking a few press-conference questions, interviewing him on the phone once. But like the rest of you, I felt some sort of strange connection with him. He was the face of the company I’ve covered for coming up on 20 years. His return to Apple saved it from oblivion. And then we got the world-changing products: Not just the Mac, which had redefined what a “personal computer” was in the ’80s, but the iPod, the iPhone, and the iPad.
Steve Jobs didn’t invent those products singlehandedly in his garage, legends be damned. There are hundreds of brilliant people at Apple who deserve the credit for making the company’s incredibly popular products. But Steve Jobs was the guy who created the environment those products were built in. He’s the one who prodded the people at Apple to make their prototypes better. He made Apple what it is. What the company does from here on out, it does because of him.
Jobs’s greatest creation isn’t any Apple product. It is Apple itself.
—John Gruber, 2011 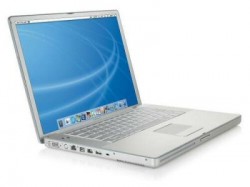